What you need to know when buying a new vehicle

Purchasing a new vehicle is a process most people will go through at some point during their lives, and during the process, many decisions must be made. When researching various options, a buyer must choose the type of vehicle, financing options, warranty levels, and so many other choices. However, there are certain facts and statistics should keep in mind before making the leap to acquire their new car

Rising interests are putting pressure on the manufacturers and driving the costs even higher. Currently, small cars average at $20,000, and the price increase in these cars has been made up for in a more comfortable and quieter vehicle than yesterday’s midsize cars.

One of the country’s most significant vehicle segments, midsize cars have an average price of $25,000. This segment arguably offers the best value for their money which is the reason they are so highly regarded.

The average cost for used vehicles has gone up by 3.5% from the same period a year earlier and an astounding 19% from five years earlier. In the third quarter of 2018, the prices hit an all-time high reaching $20,084 on average.

As the percentage of car shoppers concerned over the rise in car prices grows, more and more people are swarming to the used vehicle market. The rate of customers leaning towards buying used vehicles has increased to almost two-in-three.

3. Around 70% of people purchase their vehicles with financing, while approximately 30% of people lease their cars. (Source: The Motley Fool)

In the 1990s, leasing a vehicle was generally detested by all the parties involved. It was considered more of a last resort for dealers and buyers and was reserved for the less desirable vehicles and buyers alike. While it remained unpopular through the 2000s, leasing has managed to build a reputation for itself in the automotive industry.

By 2016, leasing was already picking up pace at 28.7% of all motor vehicle sales and setting a record high of 4.3 million leased units. However, lease payments and financing rates were lower. Consumer behavior on car purchasing is experiencing a shift that might end, as in the 90s, or become permanent as several signs lead us to believe.

However, it is important to be aware of the drawbacks of leasing a car as compared to full purchasing a new one before signing the papers. In layman, leasing a new car can be viewed as paying for the vehicle’s depreciation over a given period. The end of the leasing period requires that you either pay a predetermined purchase price and keep the vehicle or return the vehicle.

With these fundamental principles in mind, it is much easier to determine which option fits your situation best.

Car buyers are also not scheduling as much time of their weeks to visit a dealer as they did two years ago. The trend is likely a result of increased online access for clients. Hence clients do not have to visit their dealer to see the features of his new collection.

One important note is that 41% of car buyers stick to the same dealer, which is up by 11% from two years ago.

5. In 2018, the automotive industry accounted for 2.7% of the US gross domestic product. (Source: The Balance)

Of the $545 billion produced by the automotive industry, $327.1 billion was from the auto manufacturing sector while $218.3 billion was from retail sales. The American Automotive Policy Council offers a prediction of 16.8 million sales per year on average through to 2025.

Plenty of data is available on customer behavior while shopping for products, and the case is no different with the automotive industry. The data shows that 60% of car buyers will spend some time researching cars online before proceeding to a dealer.

Of the dealers sampled in the study, 38% claimed online media was the most influential marketing method in their businesses, and 15% said television adverts were their best tool while newspapers and radio had four and two percent, respectively.

A lease contract only allows you to cover a limited distance in a year, and most leasing deals will offer you 12,000 miles per year or 36,000 miles for a three-year lease. A mileage fee is charged on your account for every extra mile you drive after driving further than your allowed miles.

However, you could buy extra miles upfront, but it would be advisable to purchase a car if your vehicles typically have high mileage rather than leasing one. If you intend to use your car to impress your sales clients, it is wise to see an accountant before agreeing to a deal.

Some leases will only allow you 10,000 miles or even fewer, and it will provide less value but may result in lower monthly payments. It is wise to always check how many miles the dealer is offering with the lease.

8. From initial research to completing the purchase, a car buyer will spend, on average, 96 days in the car buying process. (Source: Cox Automotive)

Most average Americans view purchasing a new car as a major investment. Therefore, they must do their due diligence and receive the best return on their investment. Navigating a car purchase can also be complicated for most average Americans. Research suggests that a car buyer will spend 46% of the car purchasing process researching online and asking for peers’ opinions.

However, the car buying process has become more efficient with payment systems and delivery processes secured and fast. Therefore, dealers must come up with new ways to maneuver the competitive online market to get the most from it.

It makes sense that despite the long time it takes a buyer to walk into a dealer shop, their online shopping presence remains stable. Car buyers often use multiple devices to shop, and the increase in the use of various devices enables people to make transactions faster and safer.

According to a report posted by the American Automotive Policy Council, 17.4 million trucks and cars were sold in 2017. While the council predicts that the prices will level off in years to come, the prices of vehicles in the US. are still on the rise.

With more than 14.86 million vehicle registrations, the state of California had the most automobile registrations in 2017. California also leads in annual car sales being the most populous state in the US. A total of 272 million motor vehicles were registered in the U.S 2017. The sales in 2017 were down 1.8% as compared to the previous year which snapped the auto industry’s two-year record sales streak.

Laptop/desktop usage in shopping for cars remains higher than other devices, but it has remained stagnant in recent years. In contrast, the use of smartphones to do online shopping for cars is continually on the rise.

With gadgets that can load the internet with as much speed and interface, people prefer devices they can move with, and smartphone usage has risen by 11% every year for the past decade. Dealers must cope with the challenge of optimizing their websites and software for use across different devices and platforms.

Though tablets are relatively new to the digital world, customers are, as well, continually embracing them in online shopping than ever before. They are preferred for their size when previewing cars and car parts with peers.

11. 71% of car buyers purchase from a dealership less than 20 miles from their home. (Source: Auto Remarketing)

The study also shows that 71% of car buyers travel distances shorter than 20 miles from their residences when visiting a dealership, and it also noted that some media marketing methods are not effective in the auto industry.

Buyers still prefer doing their automobile purchases close to home. This is most likely because returning the car will be easy in case there is a mechanical issue that requires a review of the warranty.

In addition, the rise of the digital marketing age has brought new crimes that average Americans would happily love to avoid. Purchasing an automobile closer to your residence might be one of the safest options for customers when purchasing a vehicle according to the data.

Americans are currently spending more on used cars than ever before. The average price for used vehicles has hit record highs for 2018’s third quarter. People now pay $400 per month, with the average loan length being 66.9 months. That is the longest it has ever been, but what most customers fail to see is that longer loan periods mean higher interest charges.

One of the most significant reasons for the high prices might be the shift in popularity for SUVs and pickups. Vehicles that are slowly falling out of favor, such as passenger cars, are selling for lower prices. The attraction to longer loans is mostly due to the lower monthly payments associated with the loans. Car dealers, however, stand to gain the most from longer loans, and the car could be twice as costly by the time the loan period is over.

Actual ownership of a car is beneficial in that you have the freedom to drive as many miles as you please. If you want to own a vehicle for a long time, then purchasing a new one might save you some bucks over the long haul.

The drawback to buying a new vehicle is that the one-time payment will have to be substantially higher than in leasing. If you might have to change cars to the latest consistently, leasing is probably the best option for you.

If you must buy a vehicle on lease, make sure the loan period does not go above 48 months. Take care of the car as the manufacturer advises and keep it in the best condition possible until you pay off the loan.

December 5, 2022
3 Things to Consider Before Buying a Used Car

3 Things to Consider Before Buying a Used Car

You may have missed

December 5, 2022
3 Things to Consider Before Buying a Used Car

3 Things to Consider Before Buying a Used Car 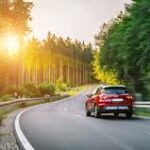 5 Advantages of Buying a Used Car 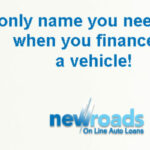 5 Steps to Get an Auto Loan

November 14, 2022
5 Things to Consider When Buying a Car from Out of State

5 Tips for Financing a Used Car